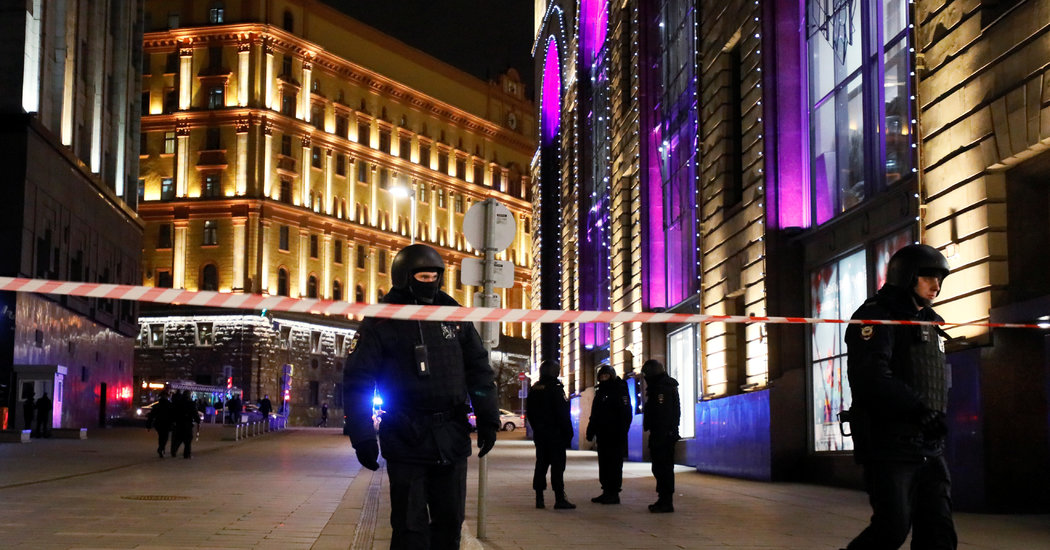 MOSCOW — Shooting erupted near the fortresslike headquarters of Russia’s Federal Security Service in central Moscow on Thursday evening, the spy agency reported in a series of statements that also said one of its agents had been killed.

The agency, known by its Russian acronym F.S.B., said an “unknown person opened fire” near the headquarters and had been “neutralized.” The assailant’s identity and motive were not immediately clear.

The Izvestia news site said that Thursday’s shooting broke out in the reception area of the headquarters, known as the Lubyanka, and that up to three people had been killed, at least some of them F.S.B. employees. The Interfax news agency quoted the Health Ministry as saying five people were wounded in the shooting and had been “provided with medical aid.”

The shooting was highly unusual for a heavily guarded area that is home to the vast headquarters of the F.S.B. — the main successor to the Soviet-era K.G.B. — as well as to many other government buildings.

The area around the building was quickly cordoned off by police officers.

Shortly after Mr. Putin ended the marathon session with journalists, which lasted more than four hours, the Moscow night was filled with the shriek of sirens as the police and ambulances raced to the F.S.B. headquarters.

The shooting could have carried a symbolic significance. It happened around the same time as the next event on Mr. Putin’s agenda — a speech he was delivering at an annual celebration held for security agency workers in the Kremlin, about a half-mile away from the scene.

Russian security agencies, and the F.S.B. in particular, have been seen by Mr. Putin’s critics as the backbone of his rule. Their significance had waned following the Soviet collapse, much to the dismay of many agents, but was restored by Mr. Putin with the F.S.B. evolving into a force that is enormous and feared.

Multiple videos from the scene, posted by bystanders who happened to be in this busy area of the Russian capital, showed roving groups of police officers as loud gunshots were audible in the background. One police officer can be heard shouting to bystanders to run away.

The mayhem came more than a year after an October 2018 bomb attack by a Russian teenager on an F.S.B. office in the northern city of Arkhangelsk. The bombing triggered a nationwide crackdown by the security forces on anyone suspected of harboring hostility toward the F.S.B.

The F.S.B.’s massive stone headquarters building in Moscow was last attacked in 2015 when a Russian performance artist, Petr Pavlensky, set fire to its wooden doors.

The building, constructed at the end of the 19th century for an insurance company and then heavily rebuilt during Soviet times, has been the headquarters of Russia’s secret police since soon after the 1917 communist revolution. It acquired a forbidding reputation as a center of brutal repression during Stalin’s Great Terror of 1936-38, when its basement cells were used for torture and executions.

In the final years of the Soviet Union, which collapsed in 1991, a square in front of what was then the K.G.B. headquarters became the scene of frequent protests by pro-democracy activists. In August 1991 they tore down a statue of the first secret police chief after the revolution, Felix Dzerzhinsky.

Since Mr. Putin came to power nearly 20 years ago, the area around the Lubyanka has been off limits for protests. 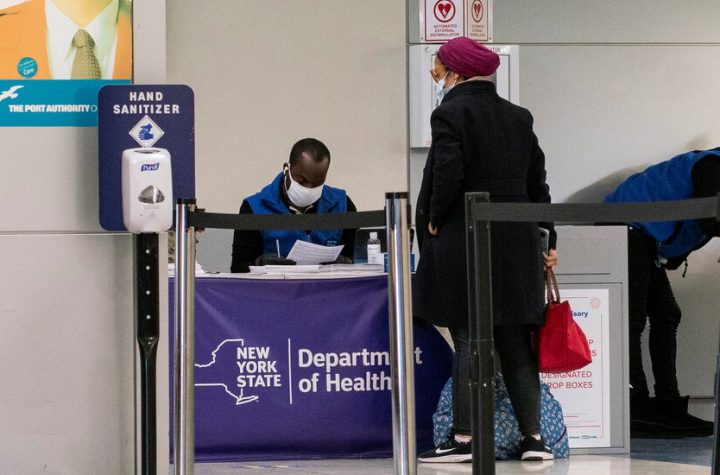