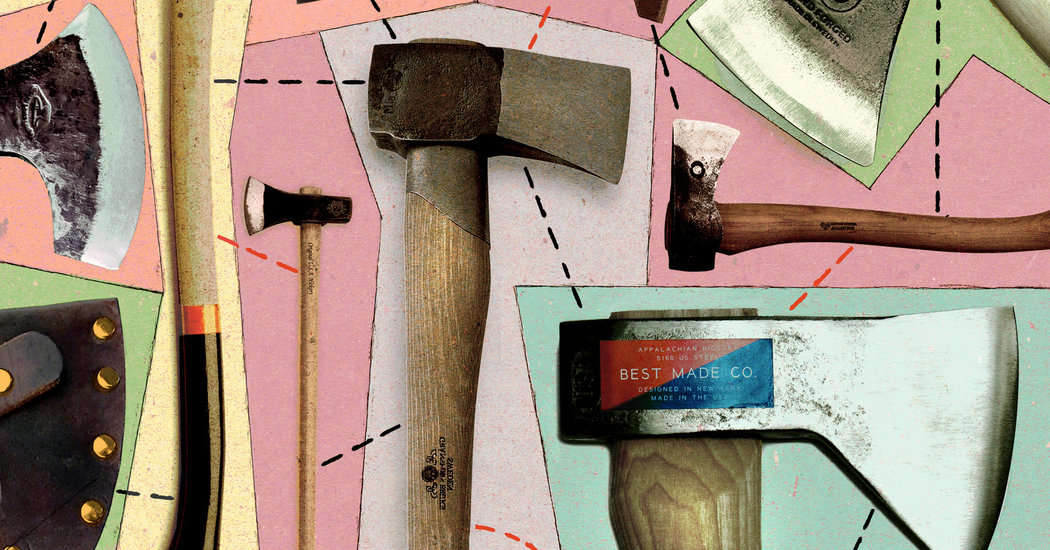 Throwers are another circle in the Venn diagram of modern ax consumers, joining collectors and restorers, survivalists and bushcrafters, aesthetes, and that circle of fancy cabin owners, weekend warriors and suburban pioneers who aspire to chop firewood not because they’ll freeze to death if they don’t, but because they find it meditative, or because it offers a sense of physical purpose in a very digital world, or because controlling the supply chain is so hot right now.

These audiences are converging, boosting business for the relatively few legacy American ax manufacturers that have survived into the 21st century, and fostering a cottage industry of new ax artisans across the country.

“We live in a society where everything is bought to be thrown away — nothing really lasts,” said Thomas Holloway, 36, who started Anchor Axe Co. in Kansas City, Mo., in 2016. “I think people gravitate toward axes because they’re something they can pass on to their kids that’s never going to go out of style.”

His vintage refurbished camp hatchets ($100 to $150) sell at boutiques across the country, including Hamilton & Adams in Kingston, N.Y. (Leading up to this Christmas, all the ones in Kingston are sold out.)

In 2015, Brant & Cochran in Portland, Me., began resurrecting extinct heritage ax designs native to the state, like the Allagash Cruiser Maine wedge, with a 28-inch hickory handle and handmade leather sheath ($250). In 2017, the company crowdsourced more than $26,000 via Indiegogo to buy upgraded equipment, and in 2019, the company said, it doubled production and sales from the previous year.

“I’m 58 years old,” said Mark Ferguson, a founder. His generation, he said, created big-box stores like Home Depot “and has buried the world in plastic junk. But people are thinking a lot harder about their purchases now. When people spend $250 on a camp ax, they want to know where that money’s going, to see the process, to know the maker — not some big faceless corporation.”