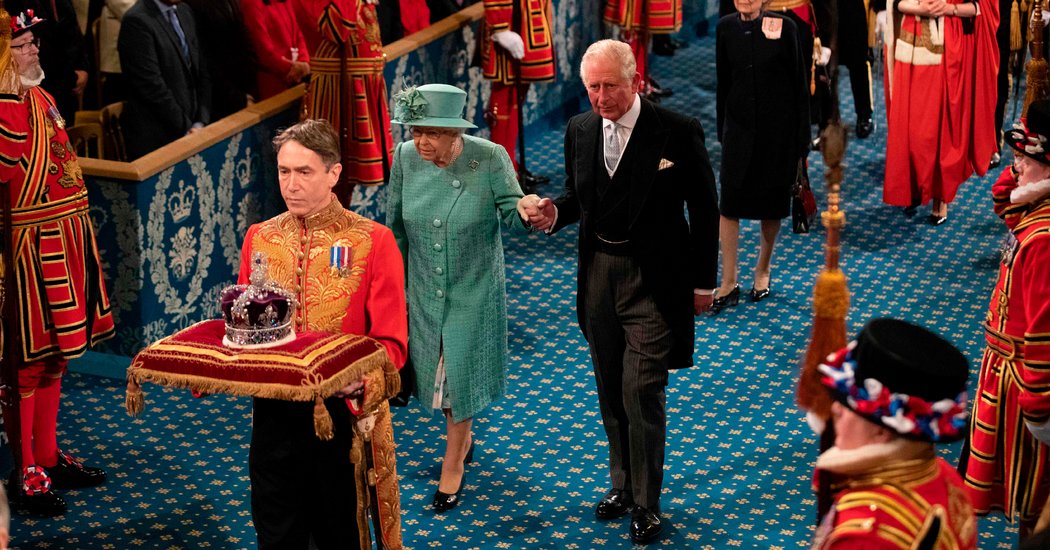 Jeremy Corbyn, the vanquished leader of the Labour Party, claimed in Parliament on Thursday that the prime minister had appropriated much of his social agenda from the opposition, and mocked him for having to pass a law to force his own government to invest in the National Health Service. But when Mr. Corbyn took credit for shifting the debate, he was met with hoots of derision from the Conservative backbenches.

For all of Mr. Johnson’s efforts to turn the page on Brexit, it still hangs over the country — and is likely to continue to do so.

His government will propose bills on agriculture, fisheries and trade — areas where Britain will assume powers now exercised by the European Union. There will be laws to create a new immigration system, which could be in place at the end of 2020 and would remove the special status that citizens of other European Union countries currently have in Britain.

Mr. Johnson will enshrine in law his pledge to finish negotiations on a trade deal by the end of 2020, ruling out any extension of the transition period. The president of the European Commission, Ursula von der Leyen, described that timetable as “extremely challenging.” Analysts say it raised the prospect of a so-called “no-deal Brexit,” which they said would be economically disastrous.

In Britain’s topsy-turvy year, when conventions were shattered and norms discarded, the ceremony on Thursday was a return to the reassuring rituals. Members of the House of Commons were summoned to the House of Lords by the Lady Usher of the Black Rod, who banged her staff on the door after the lawmakers had, by custom, slammed it in her face.

Mr. Johnson and Mr. Corbyn walked together between the chambers, the prime minister making a cheerful effort to engage his defeated rival while the Labour leader studiously ignored him.

But the queen, having gone through the entire exercise two months earlier, was not keen to repeat every part of it. Since October, she has had her own turmoil to deal with: the suspension of her second son, Prince Andrew, from his public duties after a storm of outrage over an interview he gave to the BBC about his relationship with the disgraced financier Jeffrey Epstein.

She will next address the British people on Christmas Day.