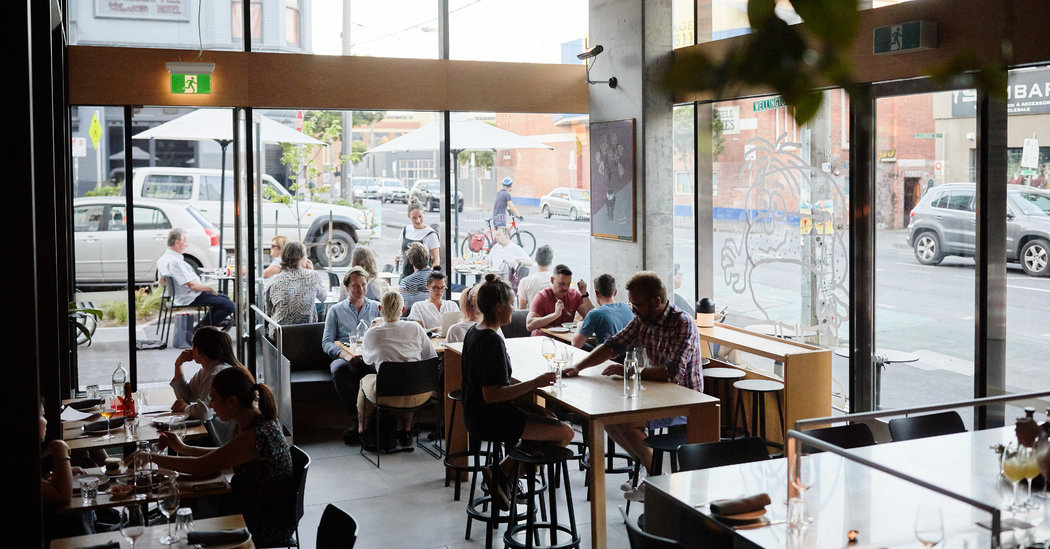 Many of Australia’s small whisky distilleries are now turning heads around the world, for a reason worth noting: they’re not copying what others are doing, but forging ahead with something new.

“The existing cohort, bourbon and Scotch, didn’t appeal to us,” said David Vitale, the founder of Starward, one of Australia’s award-winning distillers. “We wanted to create a modern, progressive whiskey that spoke to the place it’s made.”

You may also be looking for something to eat to go along with all that drink.

Besha Rodell, our Australian food columnist, has a suggestion: Barbecue. Not that North or South Carolina-inspired kind you can get at a kiosk at the market; not some slathered-up ribs at the pub.

No, what she’s talking about is a new and exciting form of Australian barbecue that can be found at places like Sydney’s Firedoor, or Burnt Ends, another fire-friendly spot run by an Australian in Singapore.

Her exploration and explanation of Australian barbecue is an argument filled with passion.

“What if there was a style of Australian barbecue that was its very own thing? Influenced, perhaps, by Southern American barbecue, but more heavily by the Basque region of Spain?” she writes. “I believe that such a style is beginning to emerge, and that it’s far more exciting than the glut of American-themed barbecue in Sydney, Melbourne and beyond.”

And finally, one more suggestion: recipes. I officially became an NYT Cooking regular this year, with dozens of meals guided along by the brilliant food crew of The New York Times. So I was especially thrilled with a year-end list of their 50 most popular recipes. Some of them I’ve tried and loved (jerk chicken) and others I’m eager to taste in 2020 (mango pie).

This will be our last newsletter until then, so hopefully all this food and drink will keep you busy. Have a wonderful holiday season — and thank you for inspiring us, challenging us and reading and supporting our work in 2019.